Posts Tagged ‘macbook’
I Have a New Toy!

My personal genie has been granting my wishes! The latest of which was giving me a new notebook computer. :) Meet my new 13″ MacBook Pro. <3 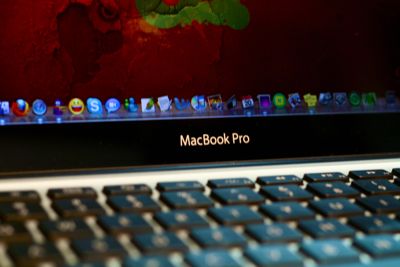 Three and a half years with my old MacBook was a time well spent, but it was just getting frustratingly slow every single day. Check out how old and tattered my white MacBook looks next to my lovely Pro: 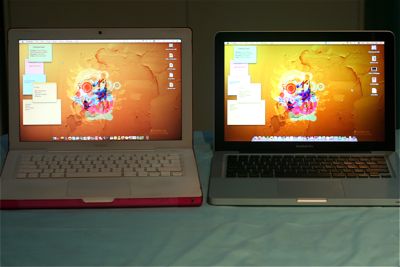 Jumping from a first gen MacBook, I still get amazed at the lightning speed of the MacBook Pro. Tiger to Snow Leopard, for the win! I love love love it! <3

And even with very little sleep (check out the baggages under my eyes!) and no makeup, I still happily posed with my new baby. :) 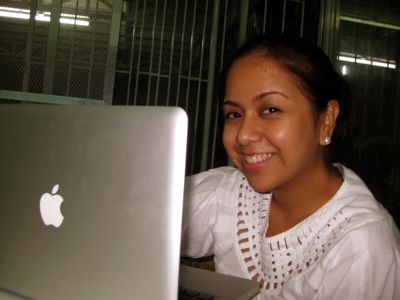 Excuse the dirty top of the MacBook Pro. Everyone kept touching it as soon as it was taken out of the bag! LOL!

I’ve been anticipating September for the past couple of months. Only because it’s the start of the season for my favorite TV shows. Hello Gossip Girl, Grey’s Anatomy, Heroes, Prison Break and Ugly Betty! I missed my torrents. =P I wish Lost started this month too, but sadly I’ll have to wait until next year for that. Bummer!

My downloads are already complete for this week, but because we’ve been busy, I have yet to watch them. I went out to look for DVI cables the other day, so I can hook my MacBook to a bigger screen, but all I could find were HDMI cables. I guess I just have to be a little more patient and wait until we fly back to Singapore, so I can watch them on JR’s big monitor.

Things are finally back to normal. My MacBook’s alive again; I picked it up from the Service Center last Thursday. My grandmother also checked out of the hospital and has been back home since Saturday. Things are good. :)

Anyway, I was reading through my archives and saw what I wrote 4 years ago. I liked it, so I’ll share it now.

I’ve always believed that everyone we meet in life, we meet for a reason. I believe that there’s a purpose behind why certain individuals were made present in our lives. Some are there to make living a pain, and torture us emotionally. Some to keep us sane and happy. Some are there to show us what life is about and let us feel their unconditional love. Some are simply there to help and teach us life’s lessons. Some enter our lives only for a few minutes, while some enter and stay for quite a while. Either way, each and every person we encounter will leave an effect on us in one way or another.

The reasons may be vague as of the moment. Some reasons may even take a while to understand. But, in life, nothing was put by chance or by mistake. They all come to transform and mold us into the person we were created to be. =)

Excuse my absence, things haven’t been too colorful in my part of the world.

First of all, my MacBook’s hard drive died on me two Sundays ago. I lost ALL my files and have been computer-deprived ever since. I had to say goodbye to the thousands of irreplaceable photos and files, and have had to resort to local and cable television to satisfy my TV Show fixes. That means no Grey’s Anatomy, Prison Break, Lost, nor Ugly Betty downloads in almost 2 weeks! It’s still in the Service Center, so I will have to bear with the loss for another week or two.

Then two days after my MacBook collapsed, we had to rush my grandmother to Medical City, Ortigas. She had been feeling and looking weak since she arrived from Canada last month, but looked too pale for her own good that Tuesday morning.The doctors sent her to the I.C.U and started her dialysis (she had actually been diagnosed with renal failure ages ago and was already supposed to undergo dialysis back in Canada) right away that evening. I’ve been sleeping at the hospital to watch over her ever since.

The first few nights were quite hard, because she looked really weak, but the whole family was relieved when she was moved out of the I.C.U to her own room last Saturday. She’s doing well now, and has been eating regularly. She was supposed to fly back to Canada this Friday, but now she’ll have to stay for another month or two until she is well enough to travel.

Anyway, I’ll go back to regular blogging as soon as things start going back to normal… and when I finally get my MacBook back.